Back last year in the town where I live a new FLGS opened up, not much in the way of wargaming stock, unless you are a Games Workshop fan but some good card and board games and collectable toys etc.

What did spin out of this though was a new role playing group, mostly intending to play Dungeons and Dragons but other systems were also talked about. This was more of my wife's sort of thing as she had been a very active role player at university and in the years after, whereas I dabbled a bit at high school but not to any serious extent. 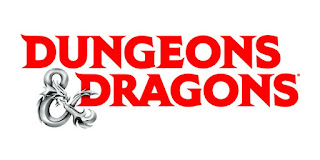 So she became involved very early and was soon gaming fairly regularly. After a while she got me involved as the group grew in size and a couple of games ran in parallel with occasional one off games slotted in when time and players permitted.

With this new hobby came the need for miniatures to represent our characters. Now there are several ways to go about this:

Buy pre made miniatures from the internet or FLGS,

Design custom miniatures on one of the varied online websites then either pay for it to be 3d printed or pay for the STL file and get it printed yourself.

Buy a pre designed STL file from one of the many online artists that produce models and get it printed yourself.

We basically went with the second option for our character figures and I had a mate from the wargaming club, who had a 3d resin printer, print them for us.

After a while we talked about the possibility of running a starter adventure at home to try and interest our son and my wife started planning to run an adventure for the group. This meant we would need monster and non player characters as well. For these we went with all three of the above options and soon realised that having our own 3d printer might prove useful, see post here.

So I now have another hobby that I'm getting really into, as well as another group of friends to game with. My wife and I even got to game together when our son was away on Cubs camp last weekend. We also get to sit down together in the evening to paint up the myriad of miniatures we seem to have 3d printed so far, she's much better at wet blending than me.
A couple of the group, having seen my painted character miniatures, asked me to paint one for them too, which seem to have gone down well.

Anyway better get back to painting more napoleonics soon :)
Tony.
Posted by Tony Miles at 21:19